Premiere of ‘Hyperreal’ video by Rina Priduvalova and Diana Azzuz 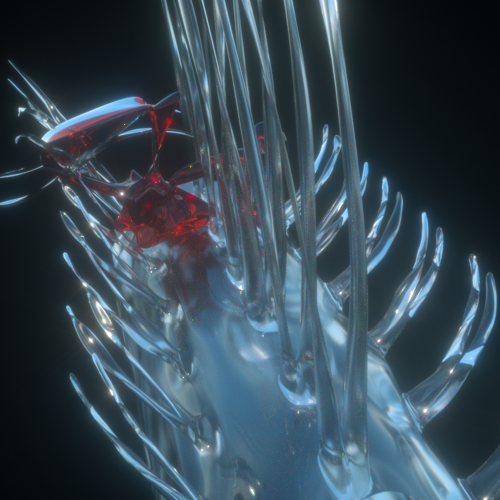 ‘Hyperreal’ is the first video of the upcoming Ximena audiovisual album from musician Rina Priduvalova and visual artist Diana Azzuz.

According to the girls, Hyperreal is a way to stop the thought process as well as to convey ideas visually by appealing to intuitive reflection. The visual part of Hyperreal is Diana’s reaction to the music and lyrics of the track. While working on the video, she tried to transmit the essence of feelings that have been evoked by the music and lyrics into the physicality of forms that both weigh you down and give you lightness.

“While listening to the track, sometimes I just sat down and tried to grasp what was given to me visually. For me, it's comparable to drawing when you don’t know what exactly you want to depict at the moment, but the brush itself is guiding you. On the contrary, I had a rather specific symbolism that I wanted to share. So the result turned out to be quite abstract, but at the same time packed with symbols," says Diana Azzuz.

For Rina Priduvalova, Hyperreal is the first production after a long hiatus. As a core of the composition, Rina took the lyrics of Theo Jefferies and read it on top of the music.