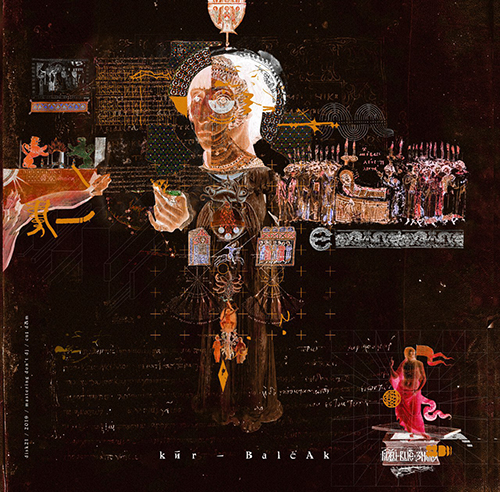 Kӣr is the solo project of Branislav Jovančević, resident artist and program manager of Belgrade’s club Drugstore. In his productions, Branislav merges traditional and experimental influences in electro-acoustic music - drone, folk, obscure ambient, power-electronics and everything else that can evoke a feeling of disorientation and uncertainty.

His works are presented on such labels as Creme Organization and Yerevan Tapes whilst the upcoming ‘Balčak’ will be released on 1st of January  via DISK curated by Florian Mayer aka Dont DJ. The vinyl will comprise of 4 tracks which work great both for home listening and dancing in clubs.

"All 4 tracks take it easy at first but will not let you off the hook until they are done with you!" notes Florian Mayer in the press-release.

On the 23rd of November at arkaoda Berlin, DISK will host a ‘Balčak’ pre-release party featuring live-sets by Jay Glass Dubs, Don't Dj and KӢR.