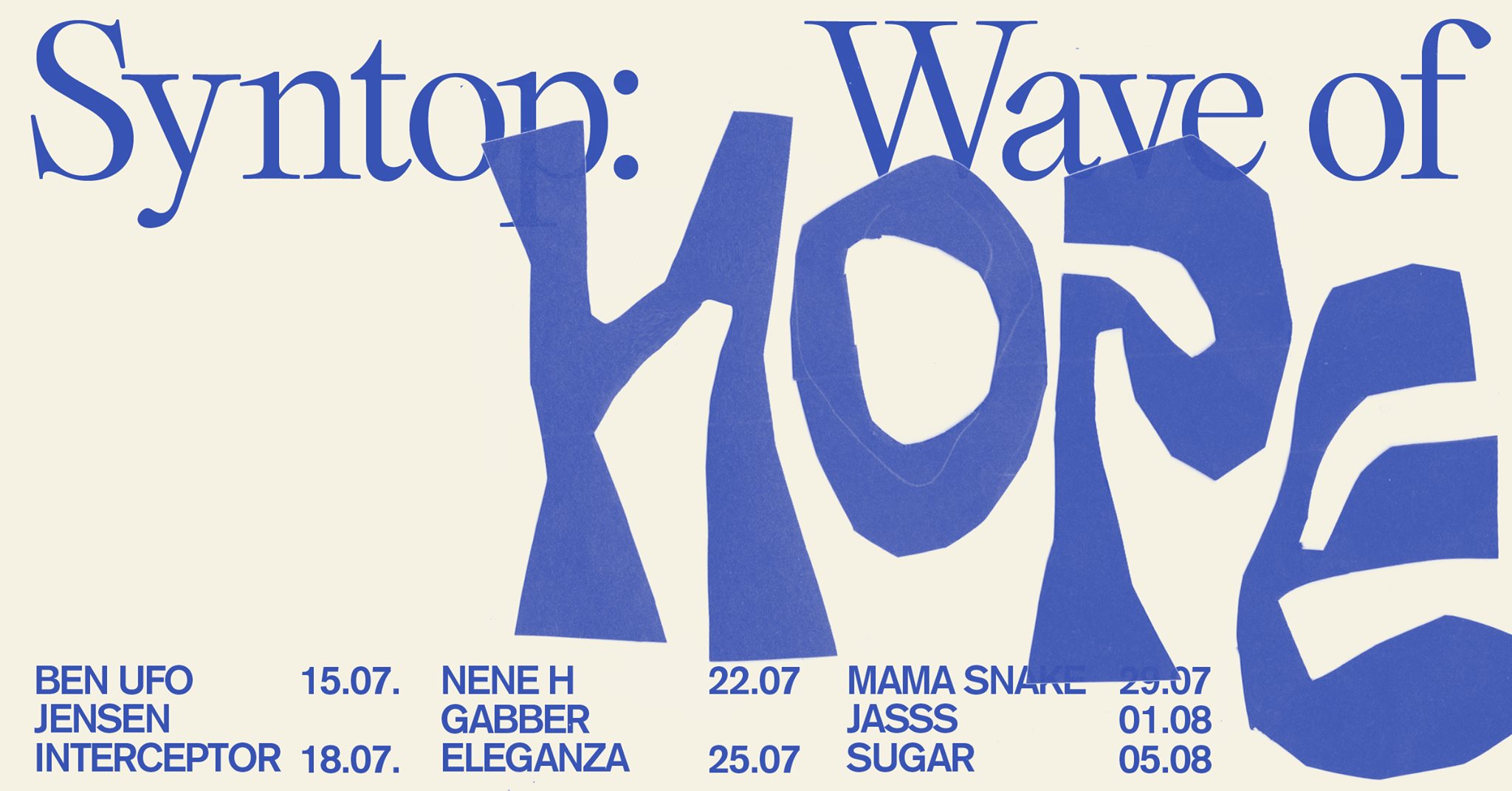 Berlin-based collective Syntop has launched a campaign Wave of Hope for the Future aimed to draw attention to the severe situation in the refugee camps at the borders of Europe.

For six weeks, Syntop has been publishing podcasts from electronic musicians and DJ’s on their Soundcloud page in order to raise money for the initiative. The participants of the series include Ben UFO, Jensen Interceptor, Nene H, Gabber Eleganza, Mama Snake, JASSS. The last podcast of the series is scheduled for Aug 8 and will feature Varg.

Wave of Hope for the Future is an initiative created by refugees for other refugees in the camps. The organisation strives to improve their standard of living and tackles with major social and economical problems.

You can support Wave of Hope for the Future here.