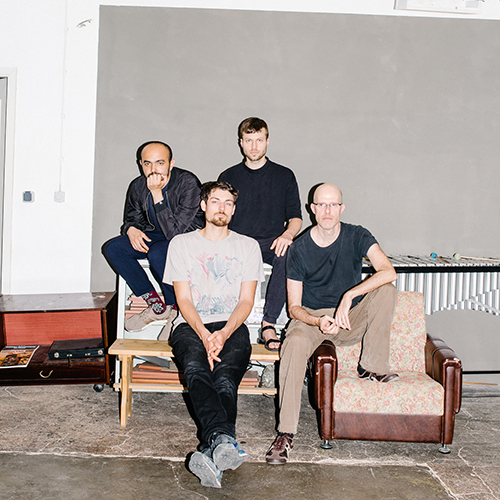 The Munich-based band Carl Gari, together with the Egyptian musician and poet Abdullah Miniawy, presented live versions of ‘B’aj بعاج’ and the unreleased ‘A’tatni ع’. ‘B’aj بعاج’ is the title track of the album ‘The Act of Falling from the 8th Floor’ which Carl Gari and Abdullah released on Whities earlier this year. In the lyrics, Abdullah narrates about the process of falling from an eight-story building in his native city of Cairo. While falling he describes a unique scene happening on every balcony, painting a dark picture of Egyptian society.