The Haunted World of Muscut

In the world of music there is a relatively small number of labels that work with a unique cultural phenomenon referred to as “hauntology.” This concept was first used by the French philosopher Jacques Derrida in his work "Spectres of Marx,” which relates to the line from the communist manifesto: “a spectre is haunting Europe - the spectre of communism". Later the concept of "hauntology" was explained in more detail by Mark Fisher and Simon Reynolds in their famous works. However, the term did not get wide use immediately, as many artists, writers, designers and musicians did not even realize that their work could be connected with the discourse of the philosophers. Without knowing it, Dmytro dedicated his Muscut label to the concept of hauntology.

“At the very beginning, I was just guided by some kind of intuition and taste. I had a vision of a label that differed from the mainstream imprints in a way that focused on the contemporary music of the Eastern Bloc but with the references to the local heritage. Later on, one of my friends dropped the link to the article of the cultural theorist Mark Fisher and I discovered the concept of hauntology.” 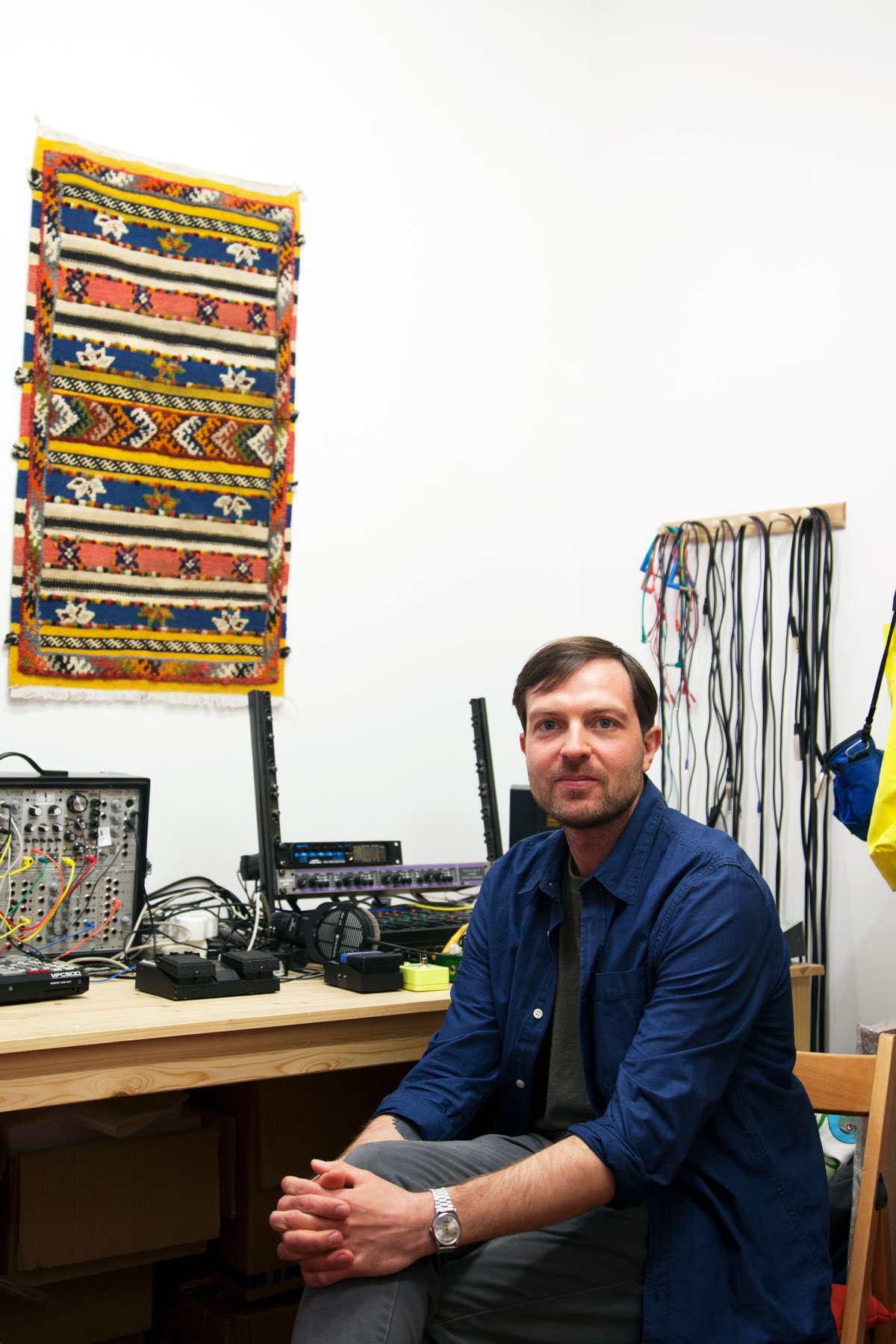 In the context of music, the term “hauntology” does not describe a particular sound but rather points to the methods of its interpretation. All of its essence revolves around the search for the artifacts of the past, the use of forgotten approaches in writing music to create the effect of the presence - the presence of the past in the present. "Hauntology is phantom nostalgia for the unrealized variants of the future,” Nikolaienko explains. “It is a process of fantasy on the alternatives to the natural line of evolution. Partly, it is the well-known postmodern approach of searching for inspiration in the past, an attempt to interpret it and develop it in a modern work. Here is a very obvious example: now, there is a certain trend of addressing the 90s and we are experiencing it again thanks to its domination in the mainstream. In fact, it's not the 90s that I remember, and do not really like to remember. It's a hypertrophied, augmented and expanded fantasy on the ways this period could have been.

I appreciate this kind of fantasy much more. Another example from the past is Kraftwerk. They seem to be innovators, but isn’t it hauntology? Their work is full of references to the avant-garde and futurism of the 20s in everything from costumes to texts, but at the same time they were making music using the most modern musical instruments.

"Muscut acts in a similar way. According to Dmytro, the label focuses on the cocktail of all the bygone era-ingredients. Its composition mixes a variety of audio components: from an emphatically retrograde space age and futuristic echoes of early electronics to the hypnotizing krautrock loops. The recipe fits into one simple thesis - the more difficult it is to determine the ingredient, the more interesting the cocktail gets. 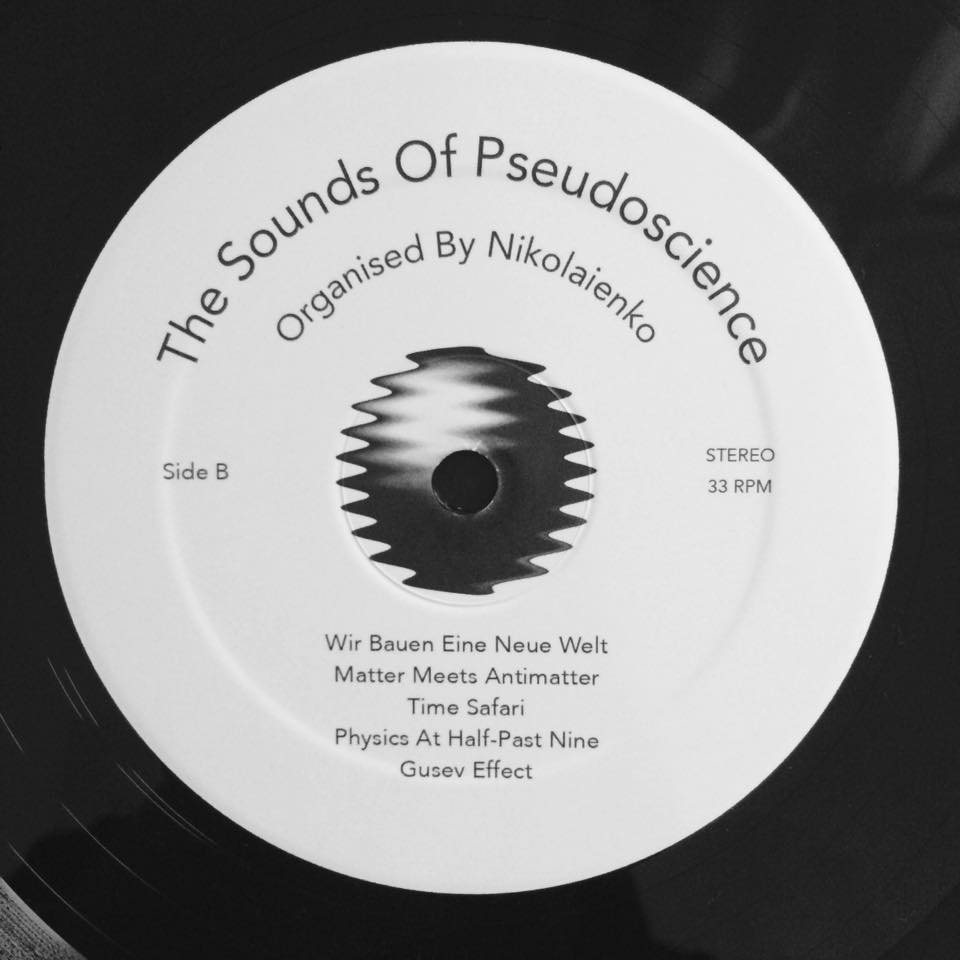 "Someone might say that we are trying to make music out of time. Someone will tag "retro-futurism," some will use the terms "retrogrades" or "anachronists." 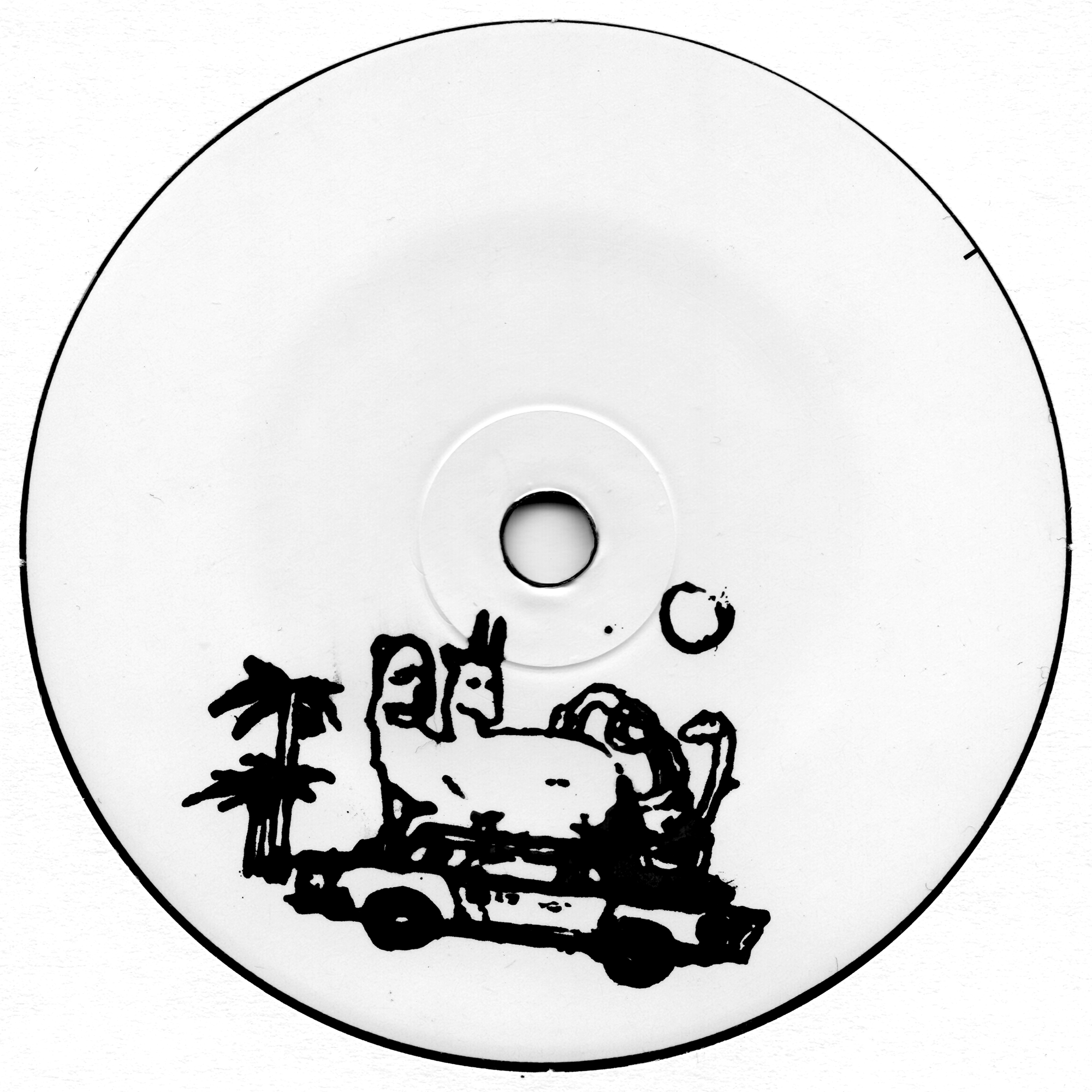 We are not alone, though. Among the most famous adepts of hauntology are the British label Ghost Box, Jan Jelinek’s Faitiche imprint and Moscow's Gost Zvuk."

The Muscut creator’s interest in electronic music originated in the early 90s. Until 2011 he was throwing Template parties in the Dnipro, but soon became disappointed with the idea and moved to Kyiv. At that time he was finishing his debut album and faced misunderstandings from the labels that he sent the demos to: "Nobody had an idea what kind of genre it was and why they needed to publish such music. I thought maybe it's worth trying to create your own label and gather congenial artists on it.” 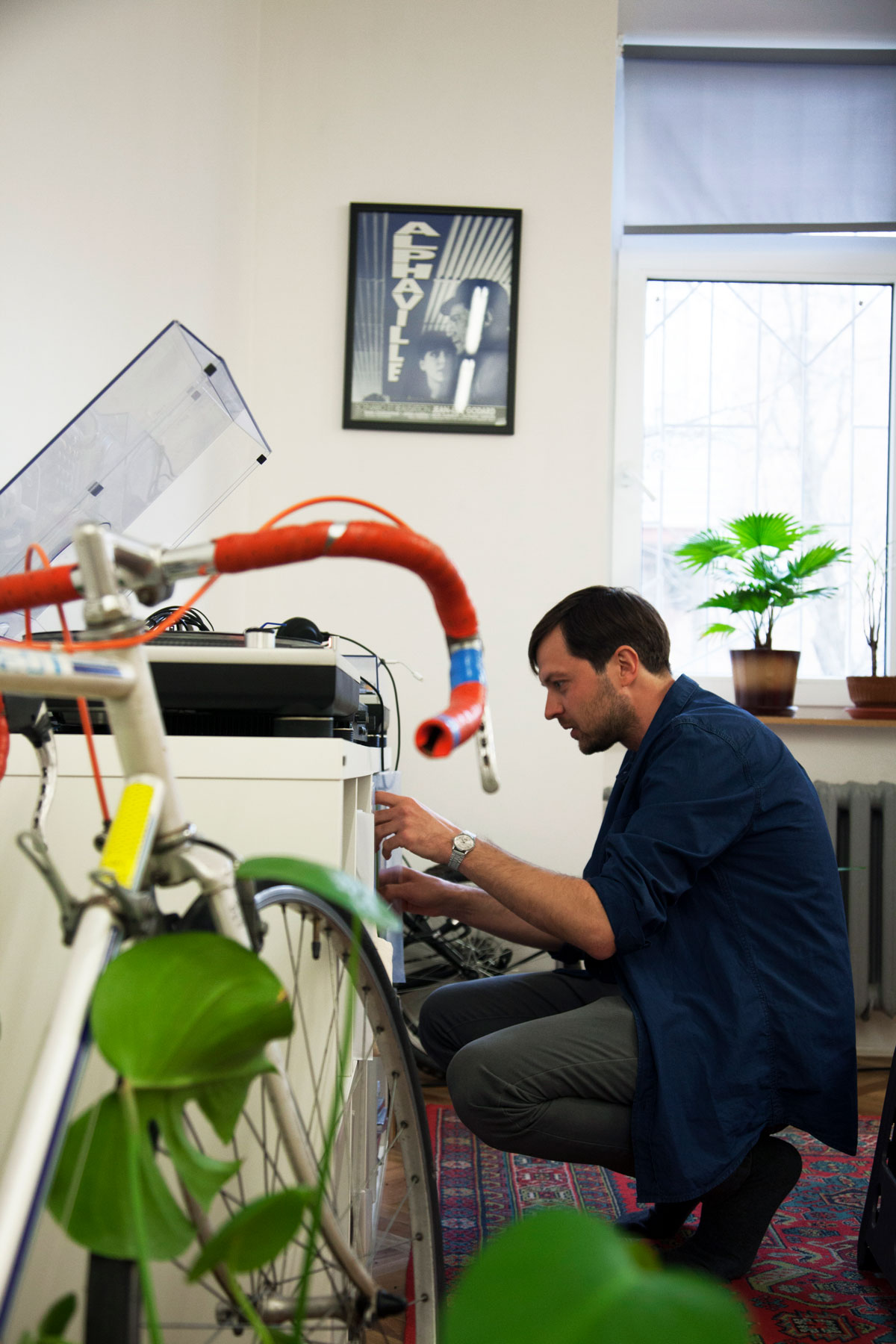 The history of the imprint starts with the first record - the compilation called "Test Pressing.” “I decided to do some kind of a test to understand how everything works: how production works, how people communicate with musicians when you want to release their music. For the first edition, I simply gathered friends and like-minded people and called it "Test Pressing". It’s a wordplay of a kind. A test press, in general, is a pre-release of a record before it's being released, but in my case, it's also the label's first test on whether to continue or not.

At first, he had to control many processes on his own and use different tricks to promote Muscut: "I wrote to every store in which I wanted to sell my music personally. Usually, when you send requests this way, they immediately go into the pile of the same dudes that send letters. Fortunately, I was traveling a lot around Europe on my business trips, so during non-working hours I was visiting the shops to promote my records. So, in Munich, I found the Public Possession store. I came in and just offered to listen to "Waltz". The guys liked it and they took everything I had with me. The same thing happened in Amsterdam with Red Light.” 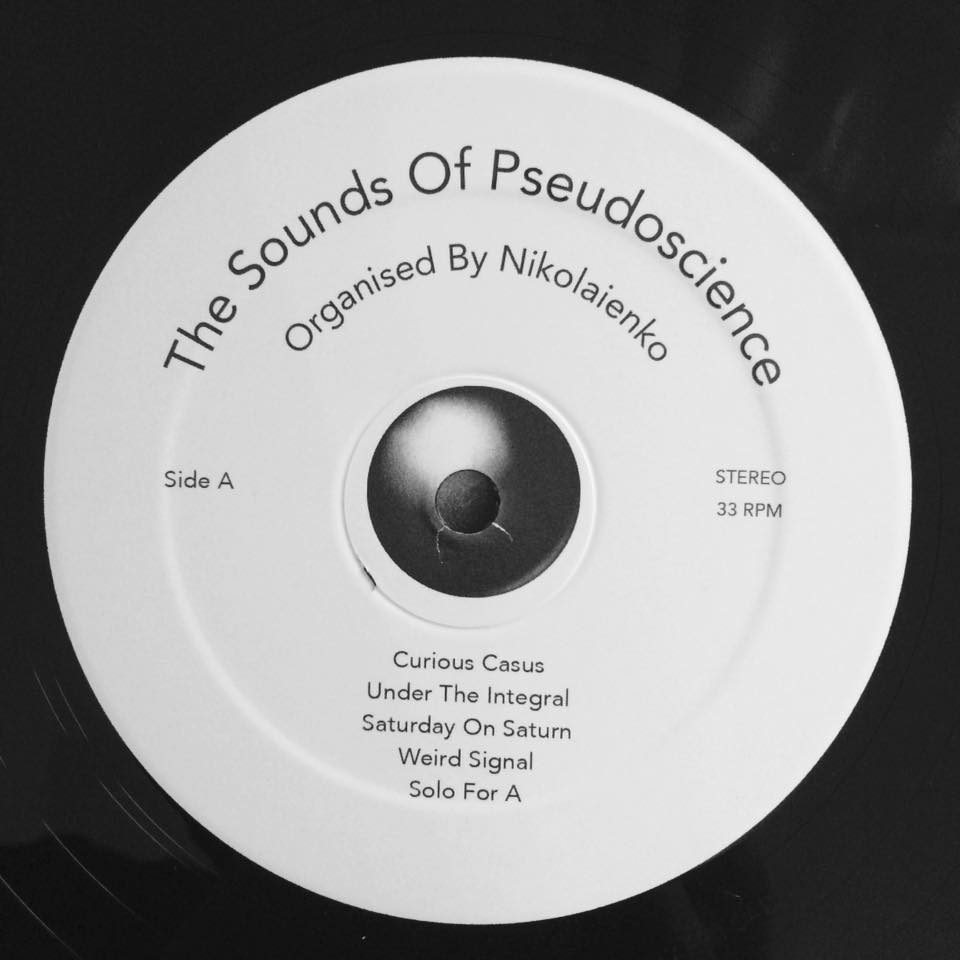 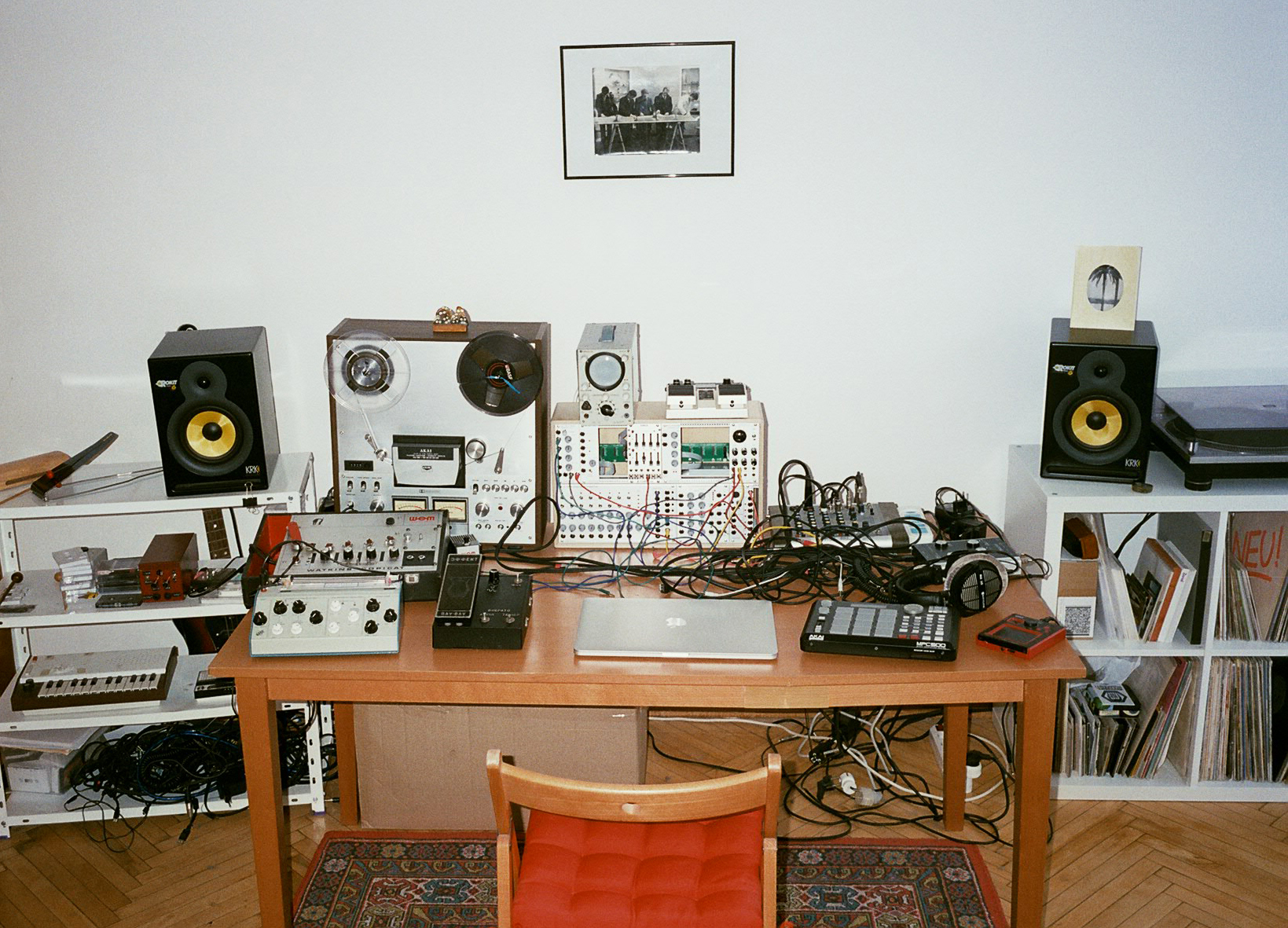 After a series of successful releases, Muscut began to acquire a clear ideological coloring. However, with the growth of the imprint, the question arose - is it worth orienting towards the Eastern bloc any further? After some time, Nikolaienko decided to revise the initial positioning of the label: "Our concept has changed for several reasons. Firstly, it turned out that there are not a lot of artists from the post-Soviet countries, who can be niched as “hauntology.” Secondly, after the revolution in Kyiv, as well as with the little help from Gosha Rubchinskiy, the trend towards the Eastern bloc was very noticeable in the mainstream. It turned out that I needed to get out of this trend clean, because Gosha's “hauntology” was about “post-soviet", while our focus covered the wider period starting in 60s."

To go beyond the Eastern Bloc for the first time became possible with the release of the Swiss producer and graphic designer Marco Papiro. The musicians met in Zurich while “warming up” Space Lady and found a lot of common ground. Eventually, Papiro agreed to prepare a release for Muscut. As a result, Marco did not just make a single, but a whole tour around the depths of abstract and phantasmagoric sounds - the “Automare" album. 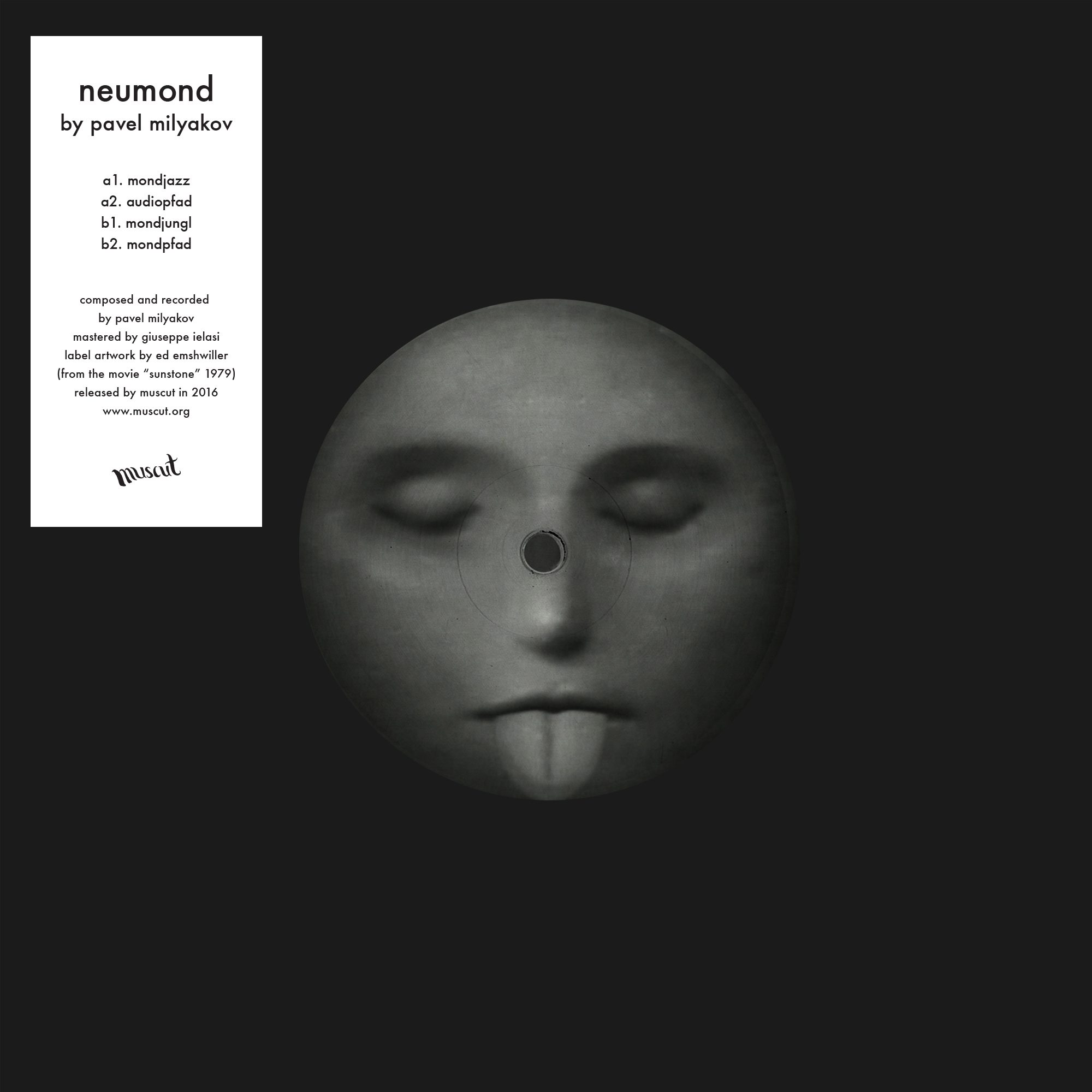 Dmytro Nikolaienko from the very beginning set himself a clear task, to be outside the dance mainstream and follow his concept without caring about the changing trends. 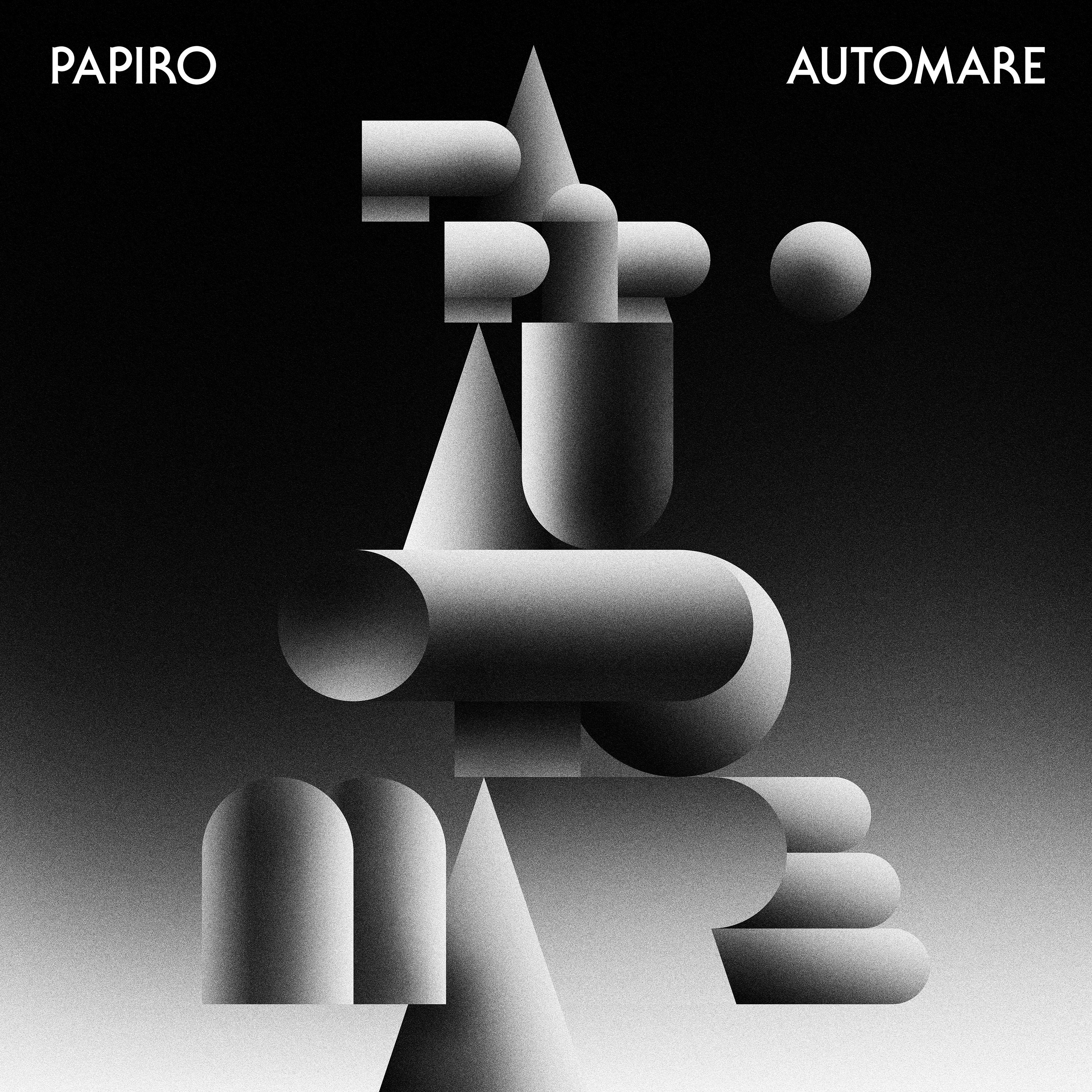 At the local level, such positioning often leads to certain misunderstandings. Nevertheless, the international interest in Muscut is still growing. The records most often travel to UK, Japan, Germany and Russia. "The number of subscribers in social networks and the number of orders are growing. Perhaps our audience do not know what the “hauntology" concept is, like me, when the label was only starting, but they realize that this is some other music. For example, on Bandcamp you can see the order history of your subscribers. Based on my own observations, I realized that people often buy my music for a reason, not just randomly, they have a certain focus and a background."

This spring, the label will drop a new release by Wrong Water called “Dozens", which was inspired by the early experiments of Delia Derbyshire, Mort Garson and Bruce Haack. The next goal is the Muscut sub-label, which will be carrying out the reissues of the surviving records by Ukrainian composers of the Soviet period. Despite its ambitions and notable successes, the label does not pursue global goals. Nikolaienko has no plans to expand the team or increase the number of records printed. Annually the label drops no more than two releases in a limited number of 300 copies each. Dmytro is not going to prove anything to anyone and does not use the label as a platform for self-expression. All you need to know about Muscut fits into one short phrase: “It's just a hobby.”

“Some time ago I was very much into the library music and suggested Indirect to record the album in the similar style. Library music is stock music, in general, it was recorded as clip art, and then used on radio and television as a background. Such compositions were listened to and selected by name. For example, "Ode To The Sea" would suit the program about the sea. We decided to make fun of pop music. On this record we made a lot of melodic and, at the same time, ironic compositions.”

2. Nikolaienko
The Sounds of Pseudoscience

"When I was making this album, I was also very keen on library music. I was really inspired by the music of Kievnauchfilm (Kiev Science Film) and the fact that they had a lot of material that did not live up to our time and only existed in the form of awful quality Youtube videos. I decided to recreate what I heard. There is no direct copying, of course, but the name and the mood, which I tried to interpret refer to Kievnauchfilm. "Sounds of Pseudoscience" can be perceived as a fake library of a kind."

"Chillera once sent me a demo of three tracks and I really liked it. I suggested the girls to record and release these songs. Their sketches seemed very interesting to me, as it is live music, a female collective, which is a great rarity and a good trend."