Chillera
and The South Sound 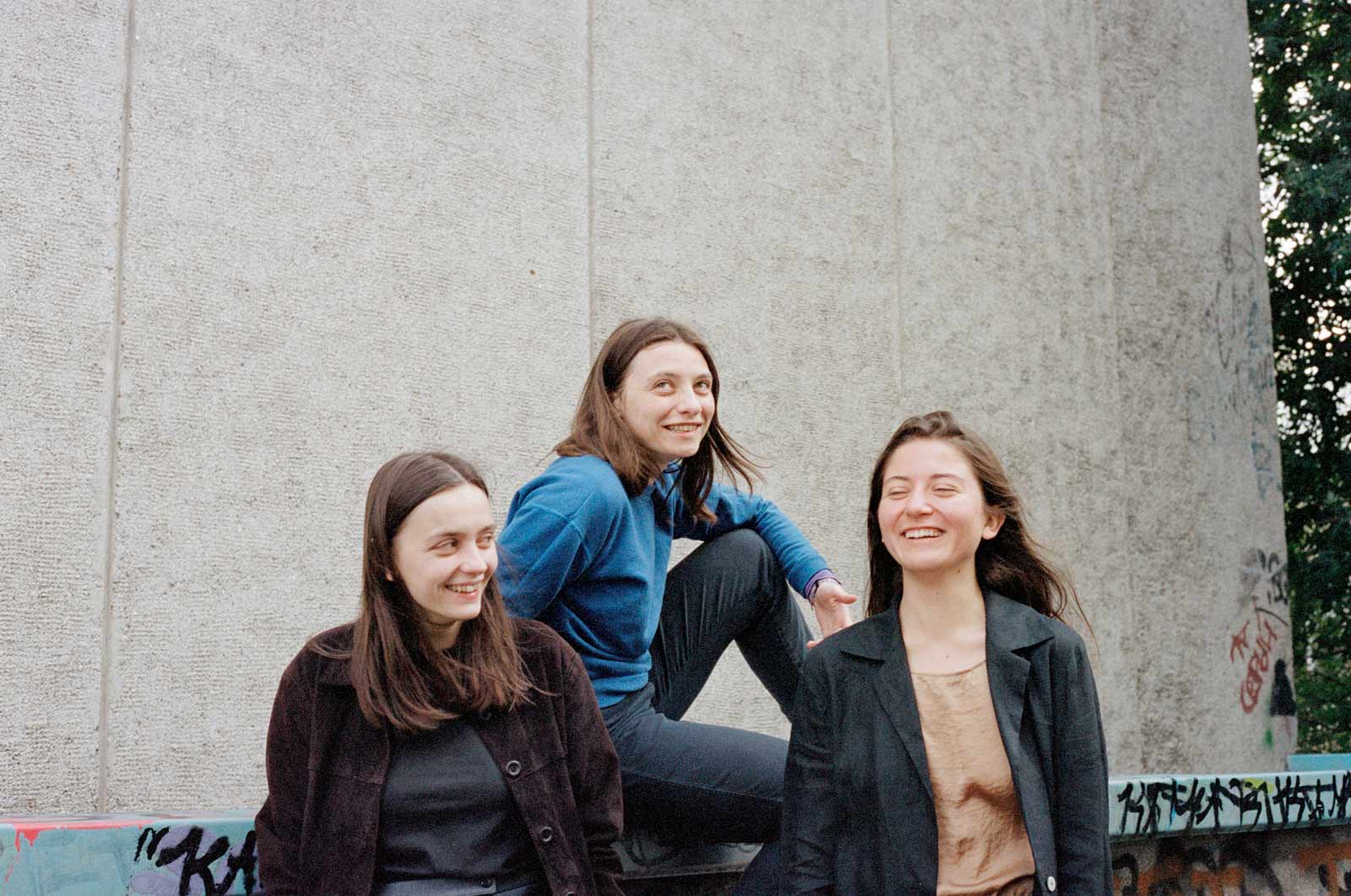 тext: Maya Baklanova   /  Photo: Dmytro Prutkin
Imagine yourself chilling on the sunny sea coast during summertime, among mountains, salty air, cypresses and junipers, listening to dub and wistfully nodding your head to the rhythm. It is not a meditative mantra, though. It is the Odessa band Chillera, listening to which, you can easily move yourself to these landscapes.

Not only their creativity but the whole atmosphere of our conversation suggests such associations. Anya Brizhata, Polina Matskevich, and Nastya Marikutsa speak smoothly and confidently. Their speech sounds tranquil and connection with nature seems unquestionable. As if the environment and the rhythm of the southern resort town found in them the very embodiment they searched for.

Chillera started in Crimea where Anya and Polina worked together at a construction site. For three summer months after a hard day’s work, they played musical instruments, listened to hi-life and King Tubby, and enjoyed the beauty of the Crimean landscapes. Some workers wore jackets with "Chillers" labels of air conditioning systems, that turned into the band's name “Chillera,” that signifies relaxation, meditation, and chill. 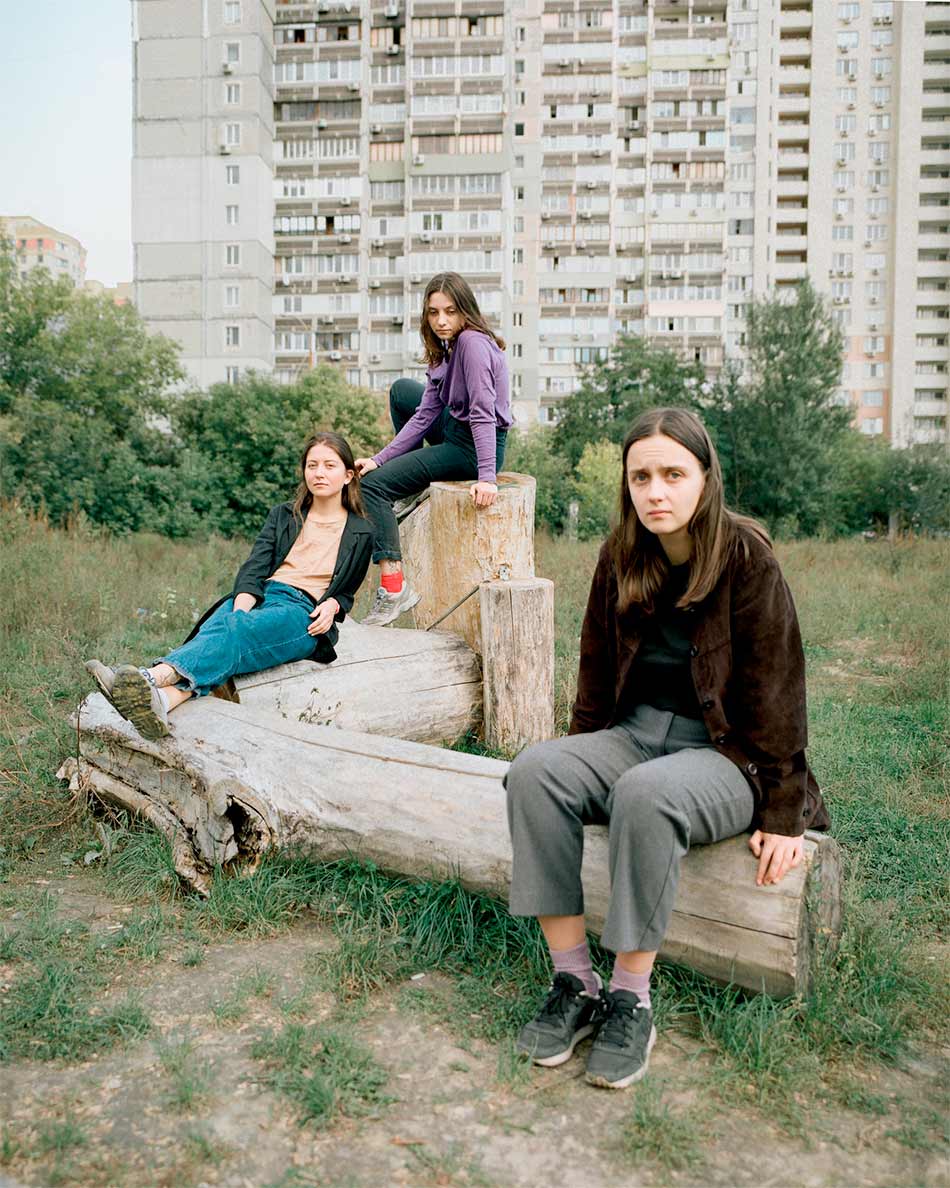 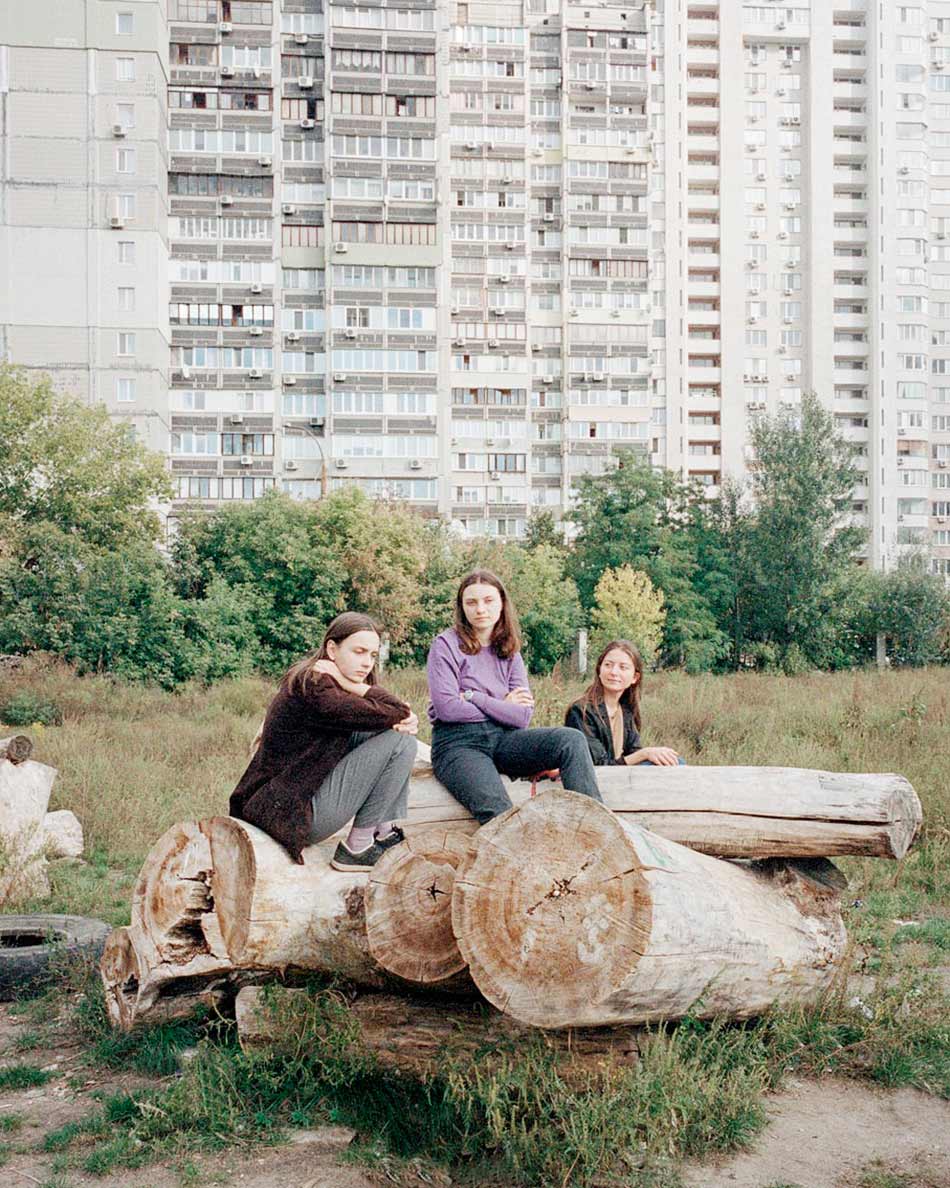 A similar vibe is felt in their apartment in the historical center of Odessa. “We have the track called Koblevska," say the girls. "This is the name of the street where we are now. The track is called “The Koblevska Autonomous Republic” and it carries tender feelings we have for our commune, our friends, and the home we live in. The pace of life is relaxed here, and it draws an image which all of us agree on."

This deep connection to the environment and attention to detail manifests itself in everything we touch upon during our conversation. They passionately tell me about the lighthouse shrouded in autumn fog, the tree outside the window and the cathedral, which occasionally interrupt our chat with loud bell sounds.

The musical scene they dwell in seems to be tiny as for the band located in the million-plus Odessa. Many creative people leave the city, relocating to the capital or out of the country. Those who remain are not particularly inclined to unite with each other. Chillera is no exception. They admit that they live in their bubble and it is rather difficult for them to overcome the communication barriers and their own isolation. Once they thought about moving to Kyiv but soon abandoned the idea. “Every time we come, we realize that we don’t want to live there. It's great to come for a while, to feel the active movement, but it sucks up the energy. You need to be more self-organized to live there. We are still not able to bring this chaos to order." Chillera needs to live by the sea, in its natural habitat, where desirable conditions for creativity seem to come naturally. Here, outside the information noise, they are surrounded by like-minded people, sharing a rehearsal space and vision on life.

Once a year, during the summer, they leave their comfort zone and together with their friends Sasha Franko and Slavko Breus organize the ODS music festival on the shores of the Kuyalnyk estuary, which is one hour travel from Odessa. “This is an incredibly beautiful place, filled with healing power and aura,” says Anya. "There is a sanatorium with a cultural center inside. Originally, the idea was to use the whole center for three scenes: electro-acoustic, guitar and party scene. This sanatorium inspired us, and we wanted to make a festival there. Sadly, because of some negotiation difficulties with the authorities, we had to drop the idea and look elsewhere. As a result, we decided to keep on organizing a festival on Kuyalnyk annually, while trying to use different locations, including the abandoned ones and those that lack attention.” 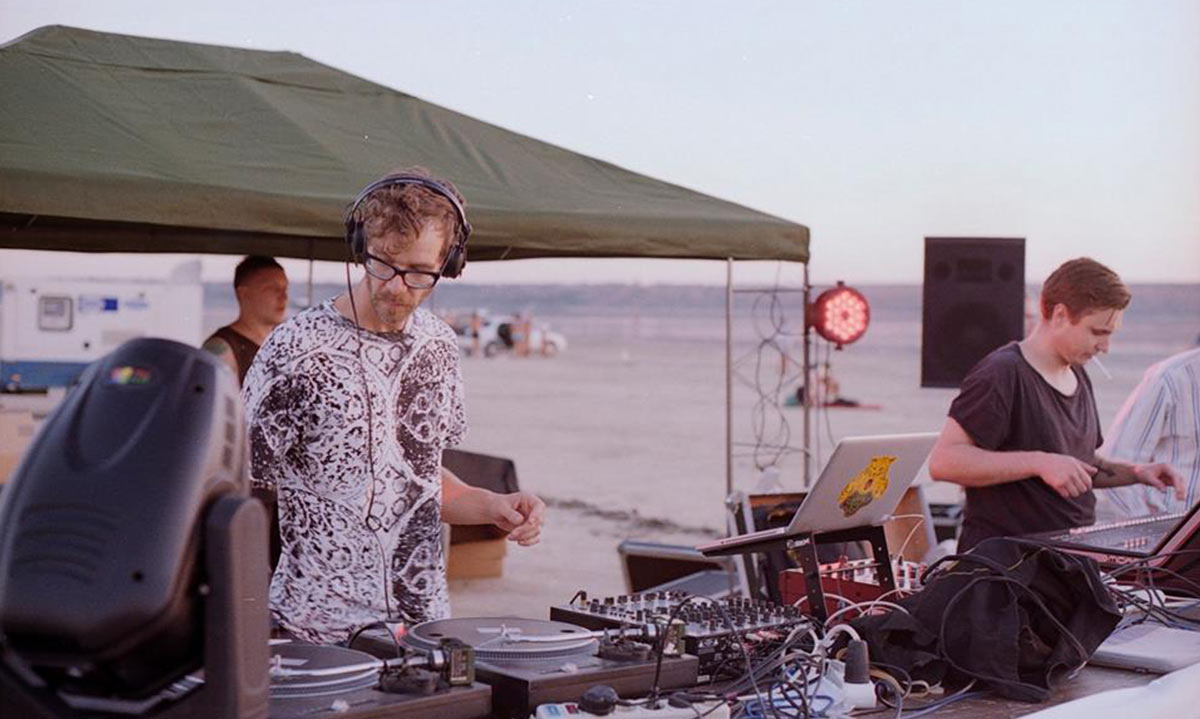 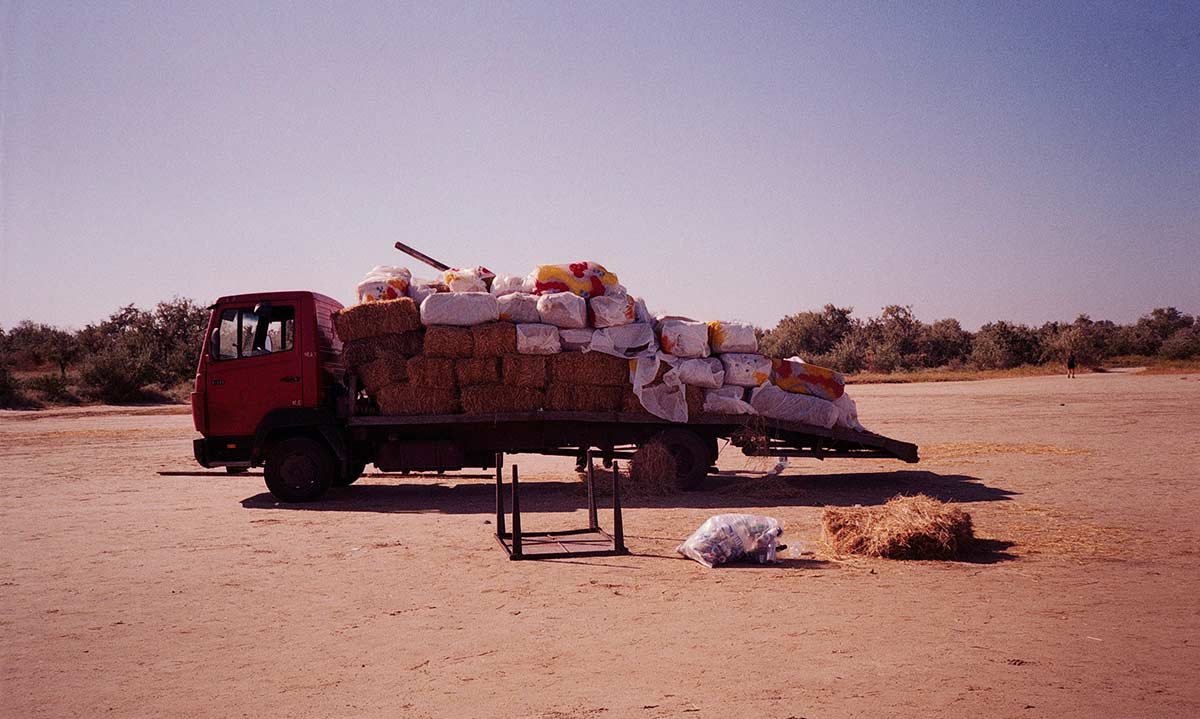 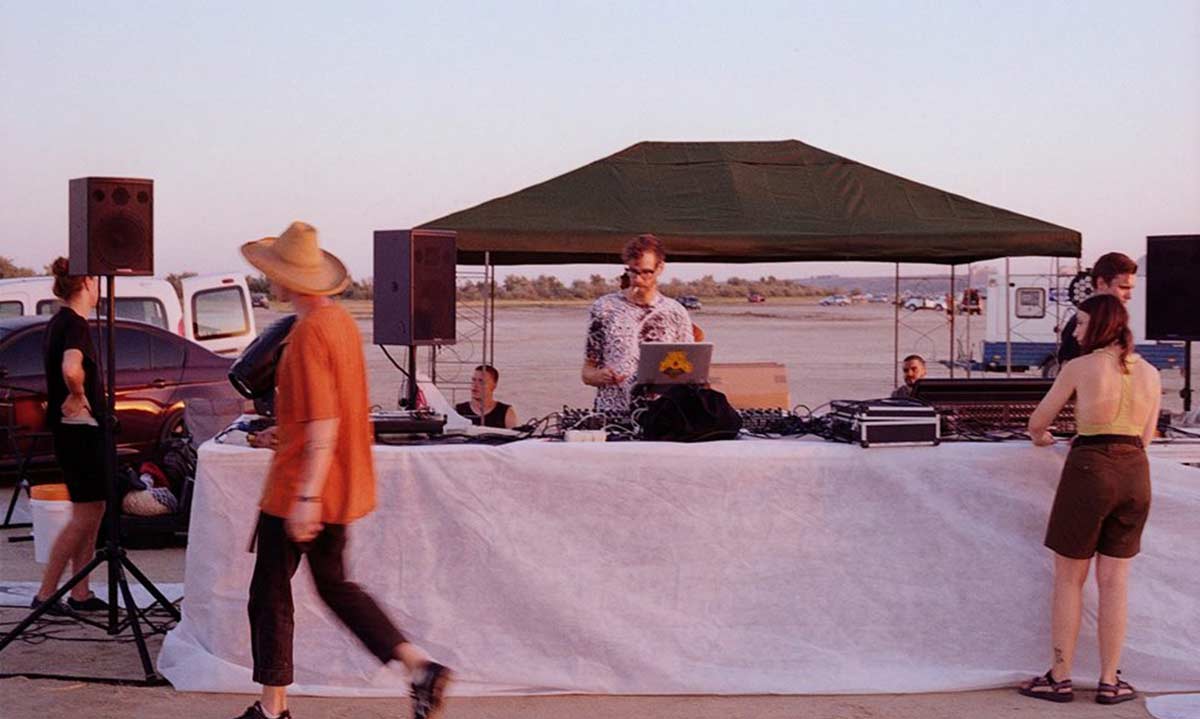 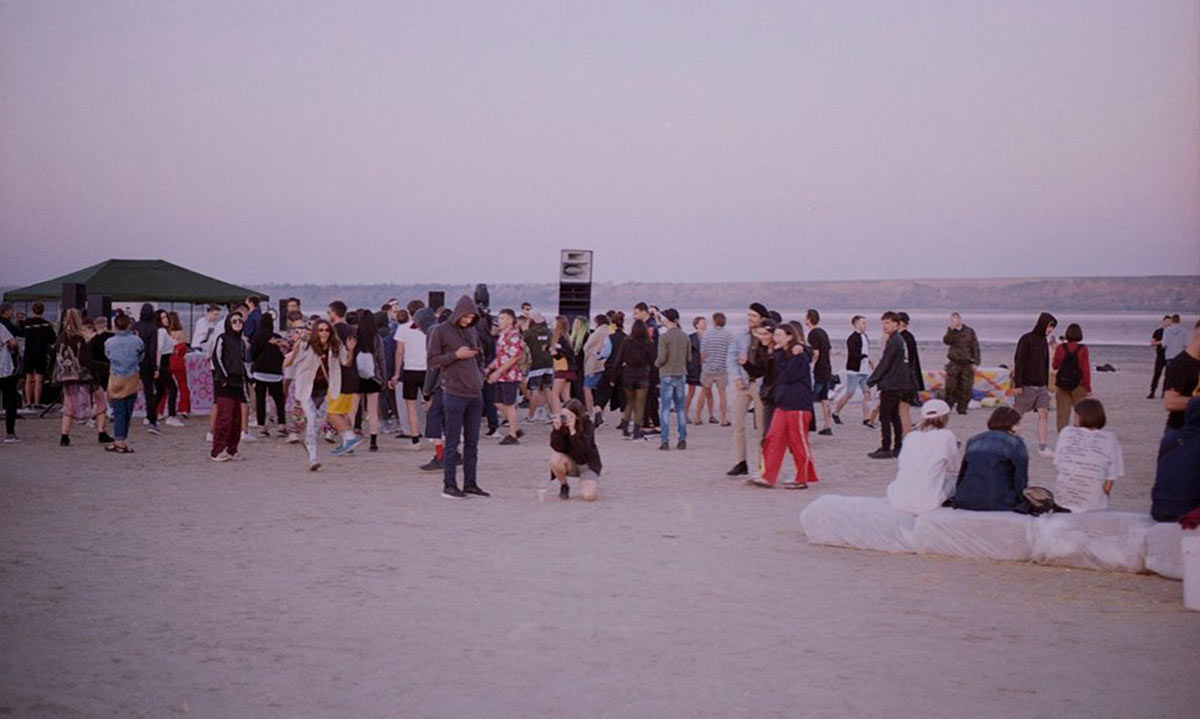 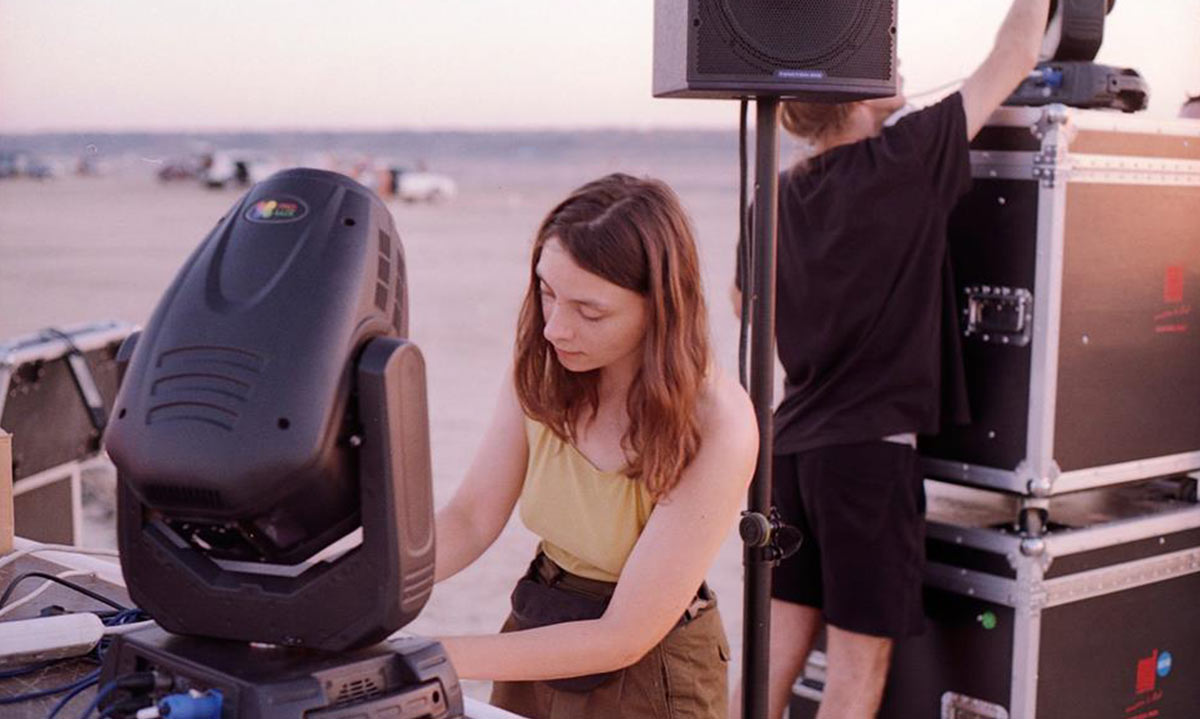 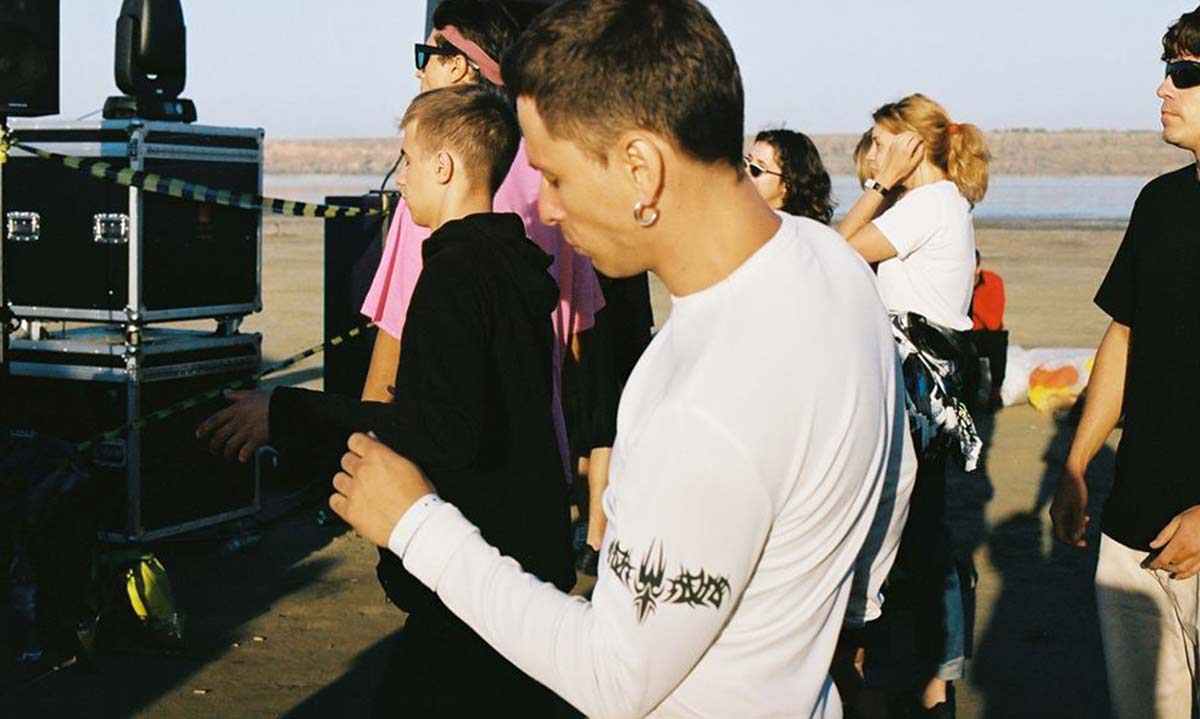 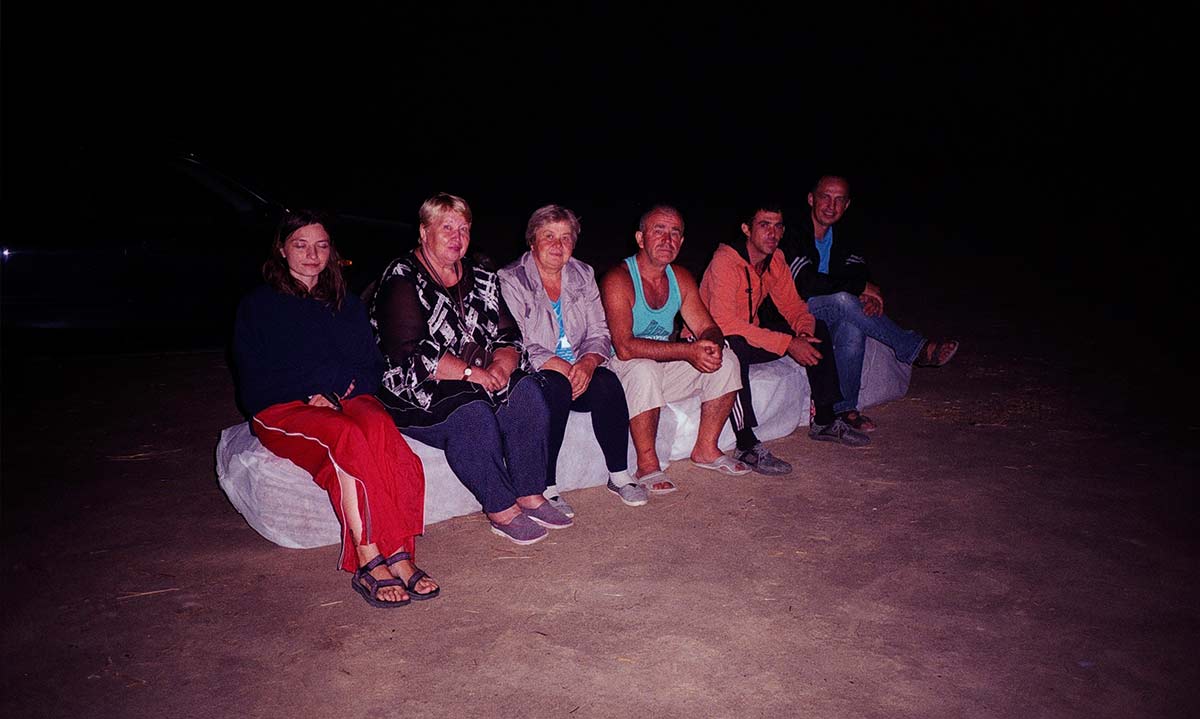 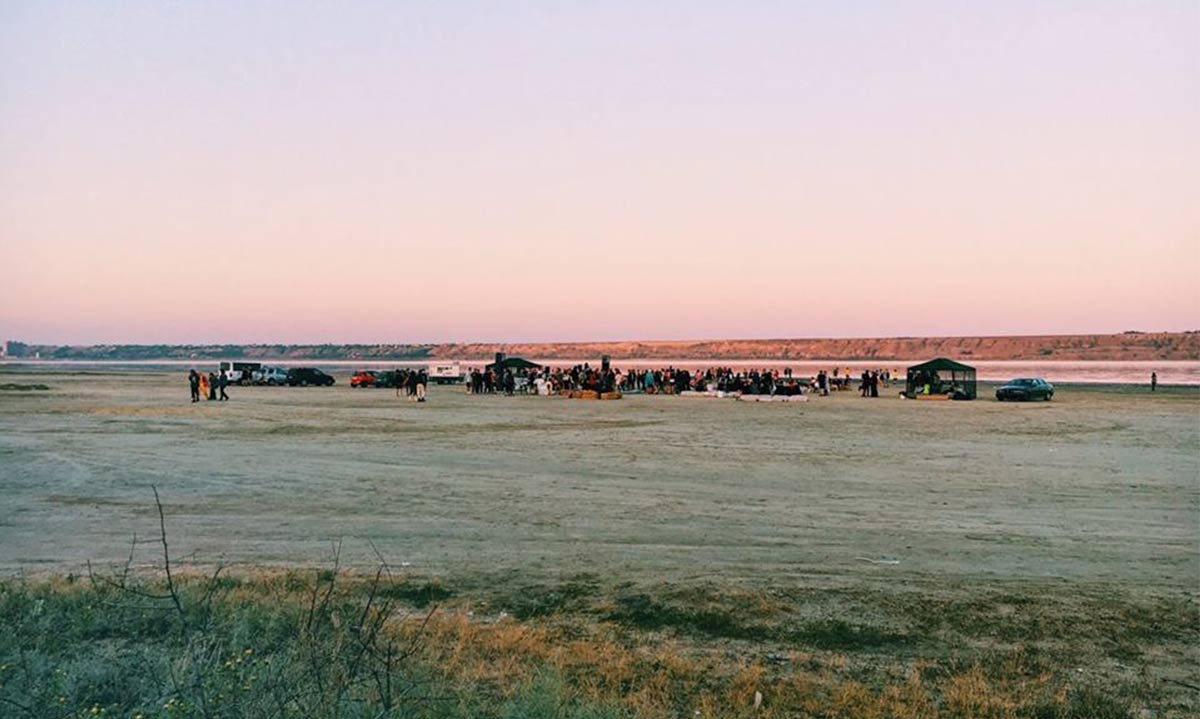 They managed to attract attention and gather the Odessa public and visitors from other cities and countries. The first ODS showcased various labels and communities, including Moscow Johns Kingdom, Kyiv Progressive Future, ШЩЦ, and peauty-fute, as well as Odessa label System. Last summer, German producer Don’t DJ, a Frenchman Full Quantic Pass and a number of Ukrainian musicians performed at the festival. Despite its ambitions, ODS does not quite fit into the framework of a typical festival, the 'diversity' of which is sometimes confusing. Its uniqueness is in the personalities involved and that DIY atmosphere.

“When we had ODS in 2017, we took all the musicians far beyond Fontanka to a big house near the sea. Half an hour after the arrival, everyone was sitting around and playing. "That's why we do all of it!" we thought. Ods is also a summer music camp. That's what we wanted it to be, ideally,” say Polina and Anya.

Being inspired by the energy, which the band accumulates with their art, the creator of Muscut Dmytro Nikolaienko invited them to do a release for the label. In the fall of 2017, the first and so far the only EP of Chillera, Schax, was released. The record was described referencing dub, funk, and surf, but in reality, this work seems to exist beyond categories and genres. It is like an artifact that has fallen out of time. It sounds fresh and relevant and could also have felt the same way 30 years ago. 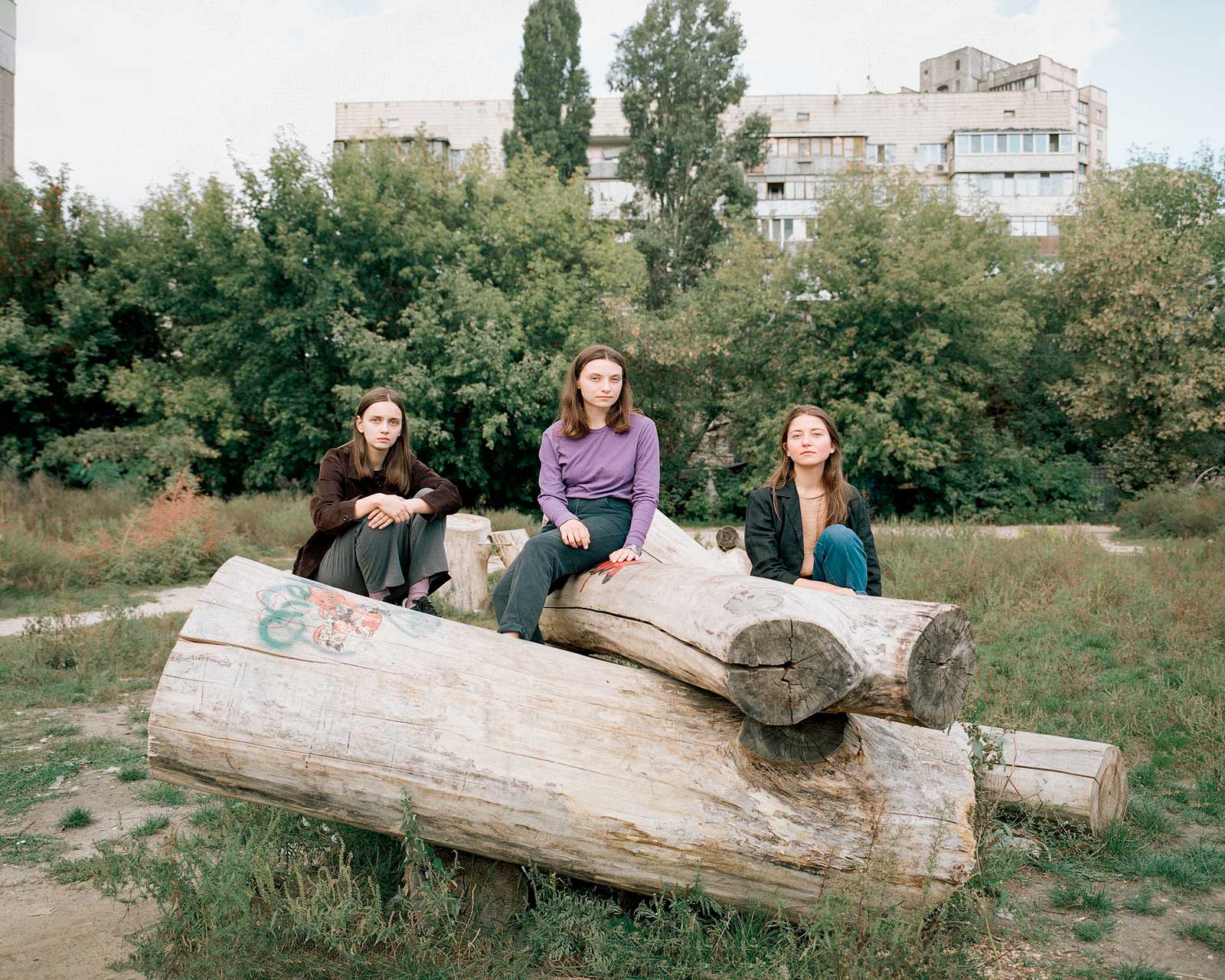 The name Schax is somewhat of a pun. In Ukrainian, it sounds like “Zhakh” (fear or horror), which, in turn, is a free transliteration of the word “Jah” - the name of God in Rastafarianism.
‍
“There is a certain story of the underworld with a desire to oppose it. Eventually, it gets victorious over "zhakh," over paranoia," says Anya. "Initially, there was a certain wordplay: Jah (zhakh) - a feeling or image that consumes you under certain conditions. This state is accompanied by the onset of twilight, as a process of transformation, a key moment of the inverse of space. This is a state in which I realized that such a dub should exist.” Polina adds:

“It seems that it is beyond the field of linguistics. Music is too integral for communication to require additional descriptions.” The statement which seems hard to object.

Chillera's music is a skillful mixture of various influences and ideas. “We are keen on dub, for sure, but there are a lot of different directions in which it advances in our music. It is essential for us to make a progression not only in a harmonic but also a stylistic sense. We shift rhythmic patterns and genres very quickly: dub to kraut, or, say, progressive rock. Sometimes we start fooling around and play the free jazz hoax; or just some atonal things and say that this is free jazz.”

During band's performances, they are hardly fooling around. They do not contact with the public, do not gaze into the room. Their movements are economical and constrained. They seem incredibly modest, preferring to give all their attention to music. Despite this seeming 'detachment,' listening to Chillera is a fascinating experience, which gradually drags the audience into a meditative trance. Their sincerity and originality captivate, forcing the listener to become a fan from the get-go. 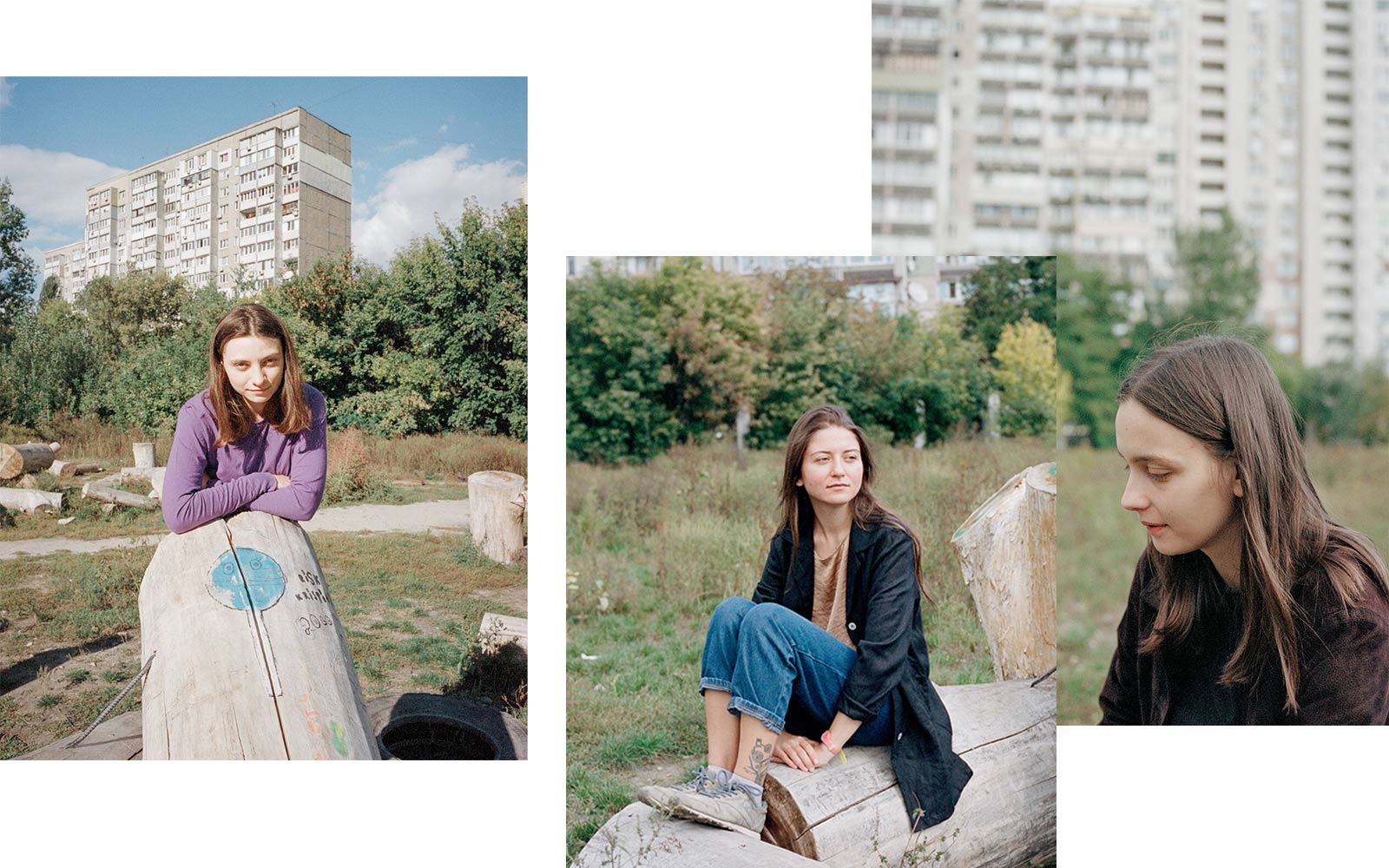 This summer they performed at the Belgian Meakusma Festival, which gathers the main geeks of the music industry. Numerous journalists, label managers, diggers, producers and promoters are all there. It is not only a remarkably fun party but also a cherished source of new music. This year Chillera became one of its main highlights. If in 2019 people are looking for a new sincerity, it is in the works of our heroines that they find it.

Recently, Anya, Polina, and Nastya returned from a mini-tour in Germany, which they had with Dmytro Nikolaienko. Their relationship is not similar to the typical label owner - youngsters one. It is more about friendship and synergy. “Dima creates a truly cozy atmosphere. He is a very well-mannered, good-going person. Easy to interact with and easy to trust," the band says about Nikolaienko.

Reasonably, the next release of the band is expected to land on Muscut this spring. The Pro.Fan. EP will feature three new tracks, backed with a cassette with recordings from the first 7-inch.

“One musician said that our band is a group of profanes. We thought that, in principle, it makes sense. Profan is like a 'professional fan.' So we made a track. We began to imitate some jazz-funk stuff and joke about it. That's how the idea of Pro.Fan. came about."

The title might also be read as Pro-Fun, or 'About Fun,' if transliterated. That's where the unique charm of Chillera is, in their ability to find a positive meaning in the things far removed, transforming it into the source of their main strength. It is the music, which paints breezy summertime landscapes in our imagination.