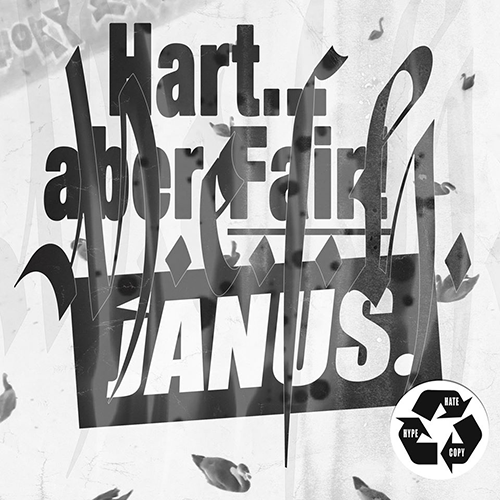 After a long hiatus Janus returns with a full-length release ‘Hart Aber Fair’ by M.E.S.H. The album comprises of tracks recorded between 2013 and 2019. "I’ve always said I was going to do a Janus mixtape. Years passed. Now I did it," says James Whipple aka M.E.S.H. "There is a little bit of the spirit of early 2010's M.E.S.H. and a reflexion of the Berlin libidinal vortex".

Janus is a record label and a party series which promotes deconstructed club sounds in Berlin and beyond. The release by James Whipple is the first full-length release by the producer after ‘Hesaitix’ in 2017 as well as first recorded evidence of long-term collaboration between organization and musician.